The benefits and complexities of refugee statistics

Why is classification important?

The refugee classification is important to international development practitioners to understand the size, scale and scope of the refugee crisis, and to explore appropriate policy responses using accurate information collected using a common global basis for classification. Up until now there has been no consensus on who is or is not included in the population of refugees. Furthermore, many surveys and censuses used to collect official statistics omit refugees and refugee settlements from the scope of official statistics.  A majority of refugees live outside refugee camps and present particular problems for data collectors that are addressed in the report.

Most of the data used today originates from administrative data collected by the UNHCR or national immigration authorities. The conditions in which much asylum and refugee administrative data is collected leads to many omissions, duplications and other data errors. Most of the refugee and refugee related populations are based in low- and middle-income countries, but too little is known about the conditions in which they live, the way in which they sustain their livelihoods and their integration into local communities. Statistics play a vital role in implementing and evaluating the response of the international development community to the current refugee crisis – as elaborated in a recent UNHCR report.

It is important to note that refugees and asylum seekers are NOT a subset of international migrants; they are defined by their legal status. Some are born in the host country as descendants of migrant refugees. For example, Palestine refugees under the UNWRA mandate are refugees until a durable solution to Palestine is found; the 750,000 population in 1950 is now more than five million.

The classification of refugees (see the figure below) is divided into three categories:-

Figure: Scope of the population of refugee and refugee-related populations 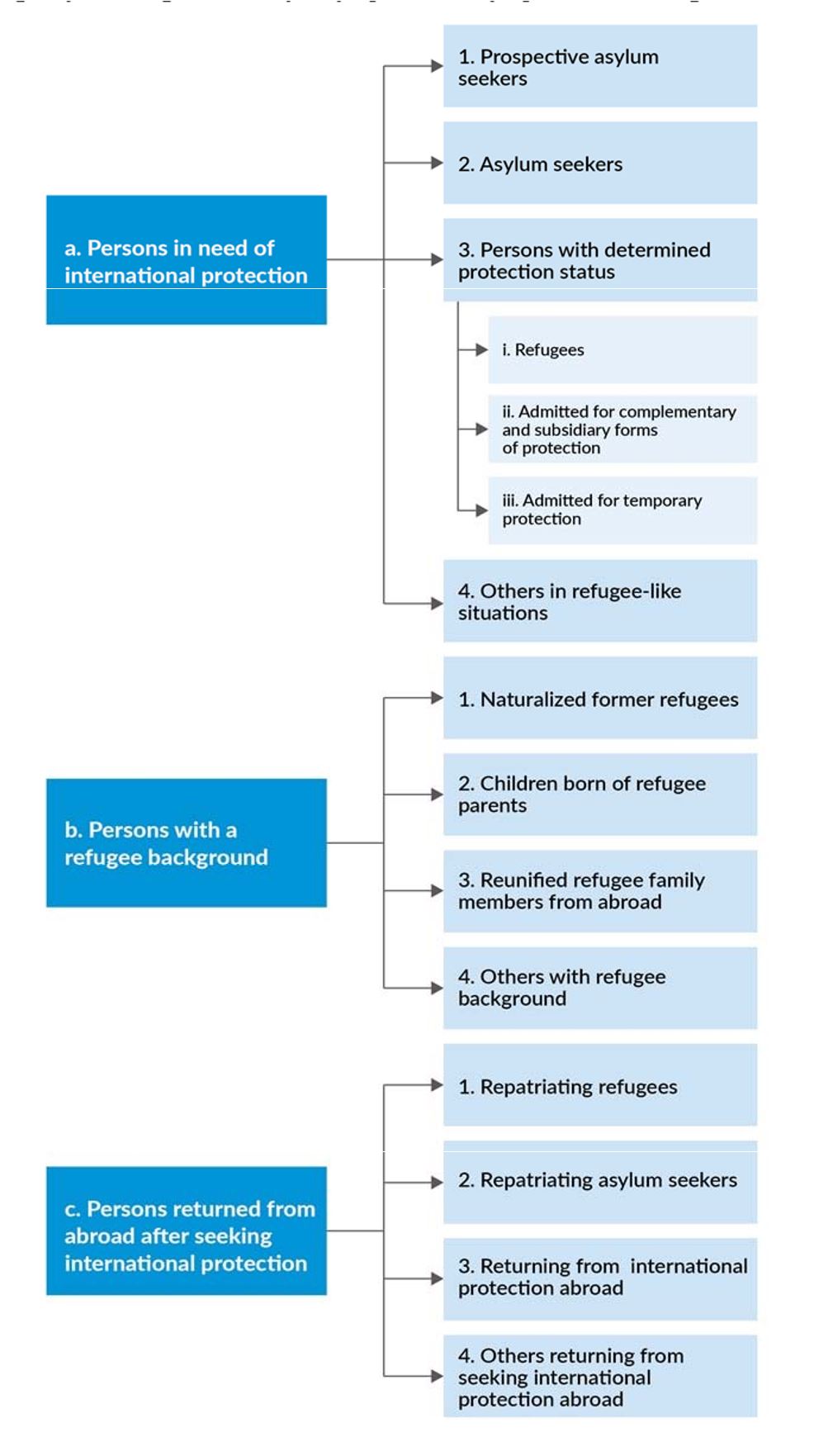 For statistical purposes, refugees include individuals recognised under the 1951 Convention Relating to the Status of Refugees, and it’s the 1967 Protocol, the 1969 Organization of African Unity Convention Governing the Specific Aspects of Refugee Problems in Africa, or the 1984 Cartagena Declaration. In addition, refugees also include those recognised in accordance with the statute of UNHCR either as an individual or a group (with a prima facie case); individuals granted complementary forms of protection or those enjoying temporary protection.

The refugee population also includes individuals in a refugee-like situation, asylum seekers, and those who are intending to apply, but who are prevented from doing so by practical or administrative obstacles. However, persons fleeing from natural disasters or environmental changes are not covered. Refugees are persons outside their country of origin for reasons of feared persecution, conflict, generalised violence, or other circumstances that have seriously disturbed public order and who, as a result require international protection.

The documents referred to in this article can be found online.