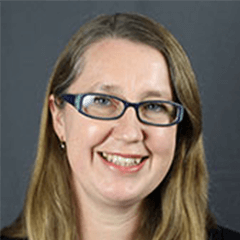 Board member Anna da Silva’s career has spanned journalism, media, and international development for organisations including the BBC, the Economist, Médecins Sans Frontières and the UN. She brings practical experience of living and working in Africa and the Middle East, including five years in Angola. Her work has focused on the causes and consequences of conflict, the use of media for behaviour change and development, and organisational change and strategy.

Anna relocated to the North West in 2011 as part of the leadership team that delivered the BBC's move to Salford. She is now Programme Director leading on the creation of the Royal Horticultural Society's new 154-acre Bridgewater Garden on the fringes of Greater Manchester, the largest gardening project in Europe at this time.

Anna holds two degrees from the University of Cambridge: a BA in Arabic and Russian, and an MPhil in International Relations.