Conflict has been one of the key drivers of South Sudan’s economic and humanitarian crises, and a key brake on the nation’s development. Having achieved independence from Sudan in 2011, the newly independent nation descended into violence conflict in December 2013 that progressively spread across the whole country causing destruction and massive population displacements, particularly to northern Uganda.

The signing of a peace agreement and the formation of a Transitional Government of National Unity in February 2020 are major steps in leading the world’s newest nation towards peace, security and development. Conflict dynamics are complex, with multiple layers of conflict at national and sub-national levels, the resolution of which POF will seek to support in project locations.

The approach to peacebuilding is designed around three funding windows which prioritise investment in organisations and civic approaches four sub-national locations (Bor, Bentiu, Rumbek, Torit in diagram below), in targeting youth who are particularly vulnerable to mobilisation by armed militias, and in supporting opportunities at the national level.

Learning is at the centre of POF’s adaptive programming. In the different locations, we start with small, iterative interventions that target the programme outcomes. In the process, the team actively documents learning, sharing within the location teams as well as across locations. Over time, the area team, with local partners on the one hand, and the wider POF team on the other, evolve the activities in the direction of what’s working, and inevitably scale down other activities for which there is little or no evidence of the intended impact.

Currently, the POF is focused on: 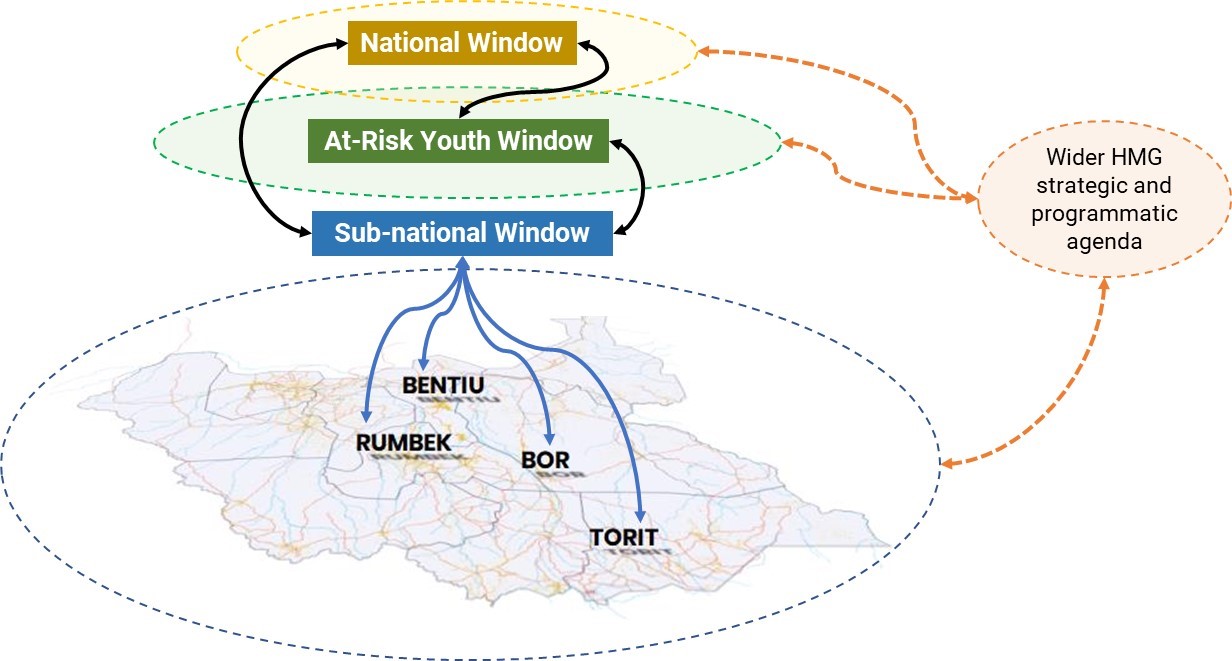 The POF seeks to deliver outcomes which ensure that targeted communities are more harmonious and resilient to conflict, and that political, socio-economic, and cultural institutions key for handling conflict and establishing the conditions for sustained peace are strengthened and more inclusive. As such the desired impact will see stronger national capacity to manage conflicts without violence, and a reduction in violence in targeted areas.

Governance in a joined-up world?

Governance in a joined-up world?