Despite significant progress in eradicating open defecation in India, male use of toilets continues to lag behind female

In 2014, the Government of India launched Swacch Bharat Mission (SBM), a nation-wide campaign aiming to eradicate open defecation. With the first phase of the campaign drawing to a close, preliminary studies assessing toilet use show increased usage rates, with women leading the way in toilet usage.

Working together with Ideas42 and World Vision India, we designed and evaluated behavioural intervention to increase latrine usage in rural Bihar, which has some of the highest rates of open defecation in the country. Our Improving H.A.B.I.T (Households’ Attitudes and Behaviours to Improve Toilet use) study shows improved rates of toilet use in targeted districts in Bihar, which are largely attributable to the SBM and the work of Jeevika (self-help) groups in the state. 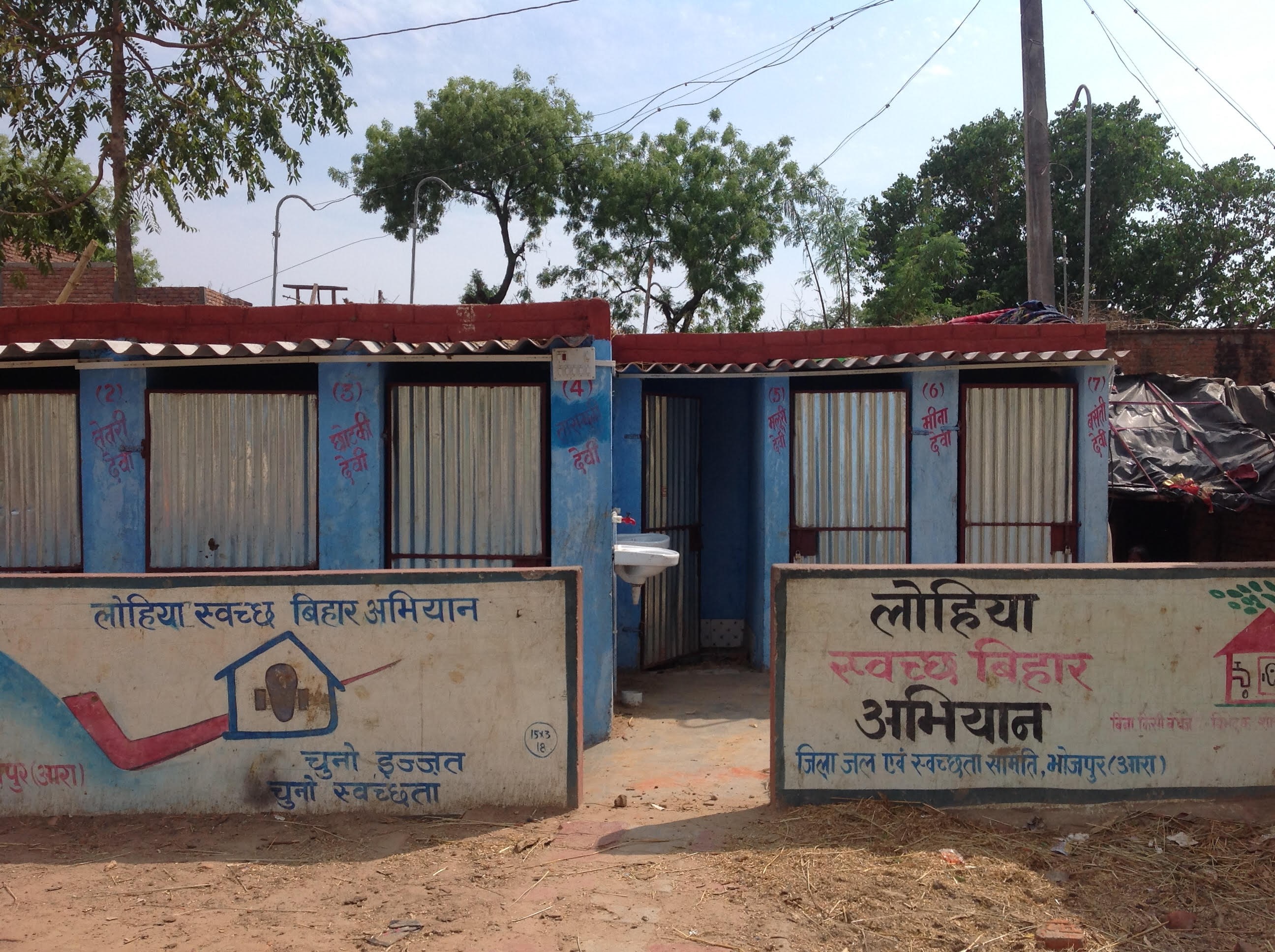 A cluster of toilets made in a village in Bihar

However, a clear gender pattern in toilet use is emerging – with more women likely to use toilets compared to men in rural India. In addition to our results from Bihar showing a significant increase in toilet usage among women in both treatment and control areas, studies from other states highlight the same pattern: in rural Punjab, 55% of men use toilets compared to 83% of women, while men are less likely to regularly use toilets amongst households with a functional toilet in Uttar Pradesh. However, it is important to note that the toilet use among women was found to be higher than among men from the beginning of our study.

So far, most of the messaging in the Government’s Information Education and Communication (IEC) campaign has focused on women – appealing to the safety, privacy, security, and dignity of women in the family. In Bihar, the Jeevika (self-help) groups have played a central role in the mobilisation, awareness generation, and toilet construction efforts under the SBM campaign. While some have lauded the gender sensitive messaging and its success, this has also been perceived as leaving men behind. Our study echoes this trend, and interviews conducted with male members of the household revealed that men still prefer defecating in the open. 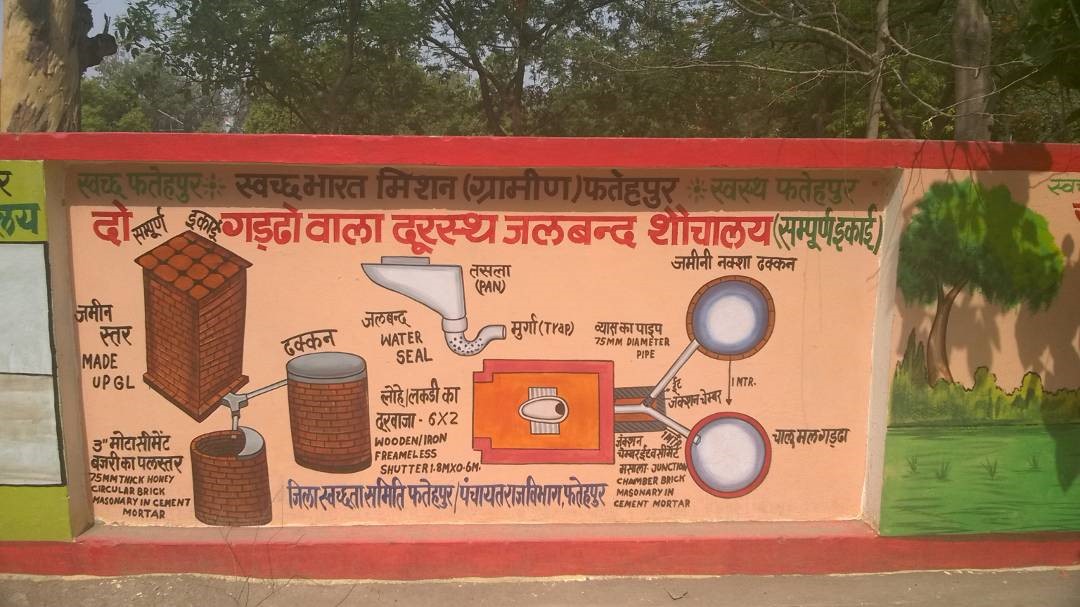 While decisions regarding toilet construction are largely taken by male members of the household, they seldom prioritise their own toilet use. They decide who in the household must get priority in using the toilet, and that is quite often contained to the women and adolescents. Toilet usage is closely tied to gendered division of labour in the habitual, daily routines of the household – men wake up and leave for the fields or other workplace, and thus urinate and defecate in the open, while women use the toilets in the house. In addition, men seemed less concerned or inconvenienced by the lack of privacy, with some men even stating they prefer defecating at a site close to their houses so that they can save time on the way to work.

The lack of toilets in the fields, and other workplaces, further exacerbates open defecation rates among men in rural India, with other reasons including habit, socialising occasions, and what is perceived as a more convenient option after an early morning start. In fact, almost half of those who defecate in the open think this practice is more comfortable and convenient.

Despite having a private latrine at home, the choice to defecate in the open is closely linked to personal preferences and a perceived convenience/time saving option. To successfully affect a change in behaviour among the men, future sanitation programming needs to resolve the lack of access to toilets in the workplace. 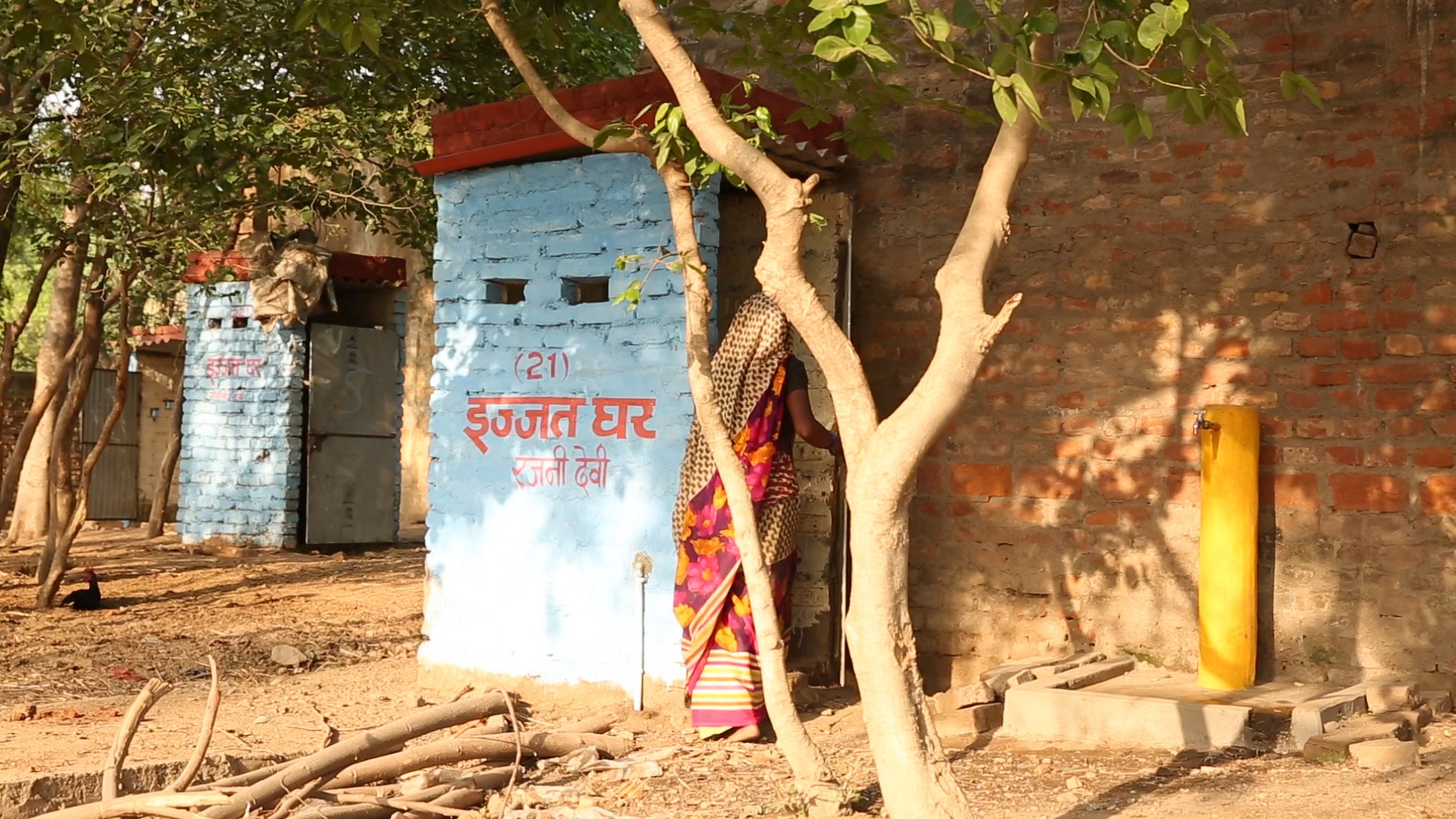 Recognising this problem, the Government issued guidelines in 2017 to all the states, aiming to refocus sanitation messaging around public health, life expectancy, and overall wellbeing of the household. While targeting women is a useful entry point, it is counter-productive to focus all the campaign on this as it reinforces gender roles and carries the risk of lack of ownership by the men. However, significant efforts are still needed to increase toilet use among men, including rebranding IEC campaigns and using other forums to engage them across all levels.

The sustainability of the SBM campaign hinges on the ability of future interventions to continuously work towards improving toilet use among men and women, while also ensuring the continuity in the toilet use.

Discussing challenges and opportunities for sustainable toilet use

Sustaining toilet use: next steps for sanitation policy in Bihar

Discussing challenges and opportunities for sustainable toilet use