Exploring the advantages and challenges

Even though one of the UN’s Sustainable Development Goals (SDG 7) includes a commitment to universal access to modern energy supplies by 2030, achieving this still remains a major challenge. In this moment, over a billion people globally continue to be without access to electricity — with 86% based in rural areas. Sub-Saharan Africa, where growth in access to electricity has lagged behind population growth rates, is of particular concern.

Focusing merely on the extension of national grids is not enough to address this problem, as the majority of the unserved population lives in rural areas. Grid electricity is very economical where populations are concentrated together in towns and cities, but extending transmission and distribution lines to serve small isolated rural communities can prove very expensive. This means that between 50 and 70% of those currently without electricity will have to be served through off-grid solutions.

This is where small solar photovoltaic systems come in — costing around US$200 and with the capacity to typically power four to five lights and charge a mobile phone. Over four million homes in Bangladesh have been equipped with these systems to date and showed encouraging results. The rapid growth of a solar home systems market in Africa, albeit largely confined to Ethiopia, Kenya, Rwanda, and Uganda, has further reinforced the potential of the solar home systems. 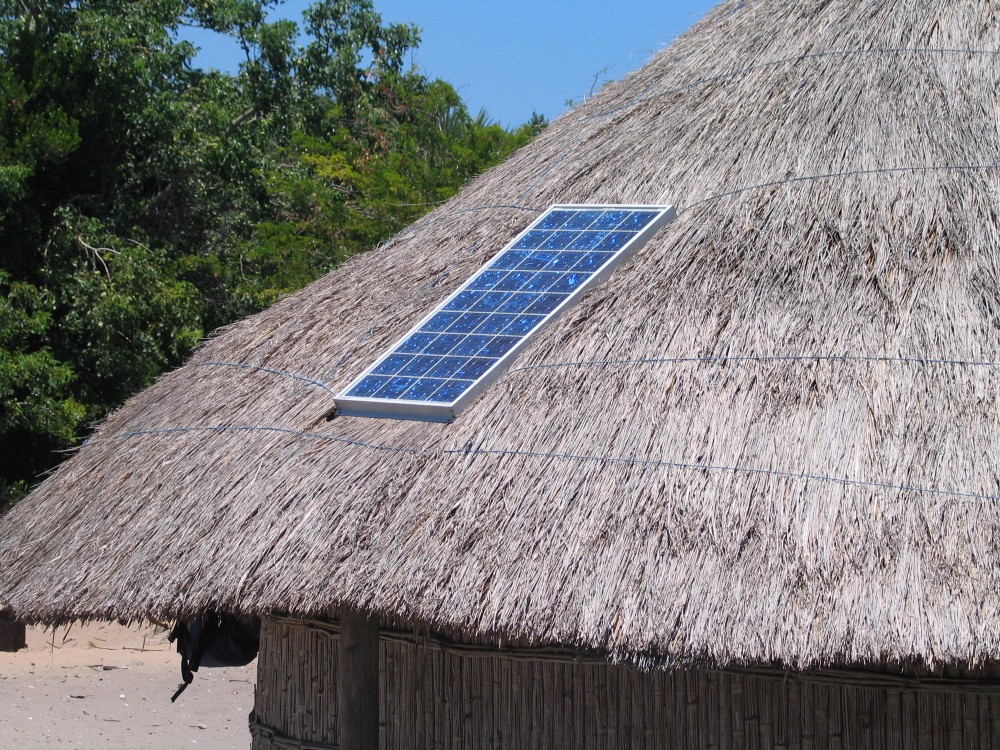 Two factors have been critical to the success of solar home systems market in east Africa, which has the potential for scaled up impact that previous approaches to energy access were lacking:

Although representing only a small fraction of the solar products sold to-date, PAYG companies attracted nearly US$220 million investment in 2016 (see figure below), more than all cash-sale solar companies in Africa combined. 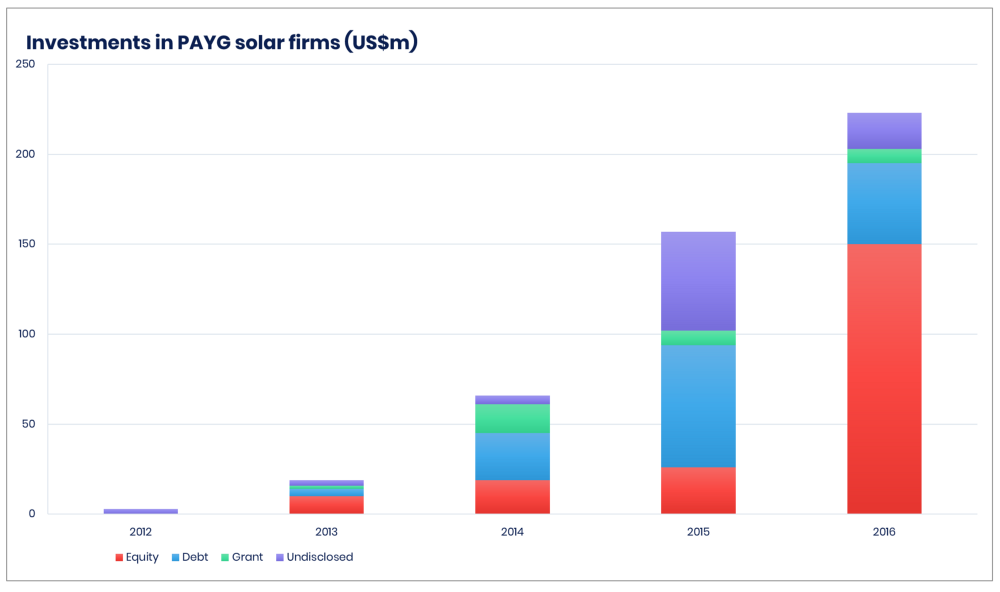 Exploring the trends in sales of solar home systems across Africa

Sales of solar home systems vary significantly across different regions in Africa, with sales in the west growing by around 150% between 2016 and 2017, while sales in the south remain negligible in comparison (figure below). However, the decline in sales in the east over the same period is a matter of concern. 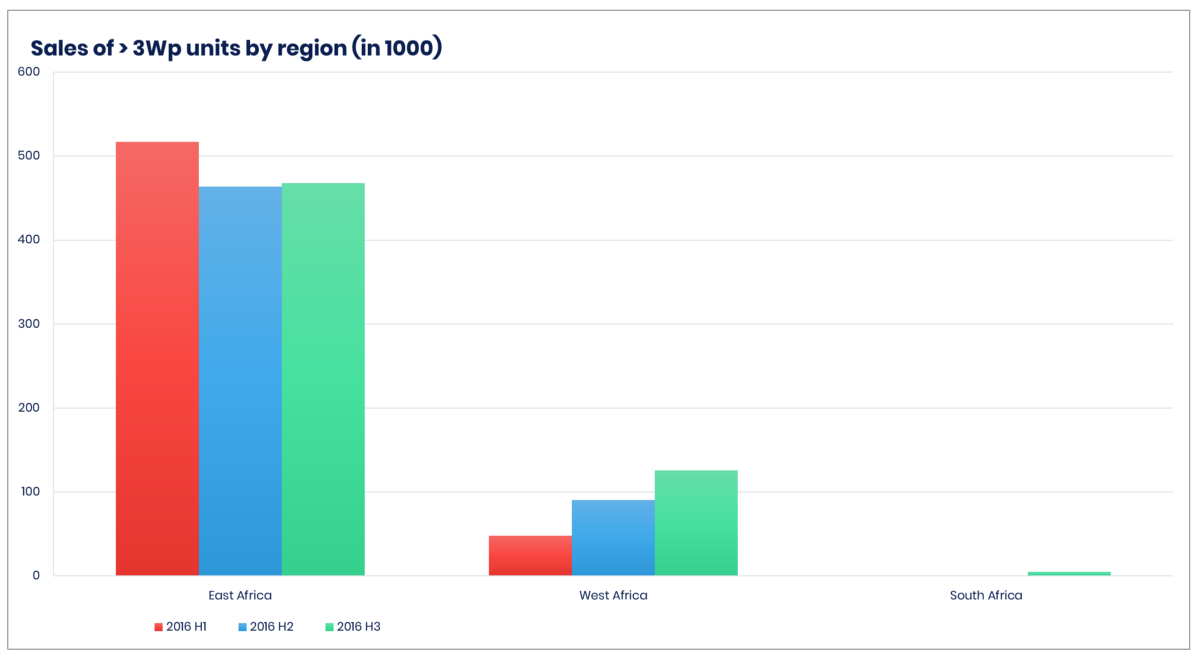 While the PAYG business model is an innovative approach to overcome the barriers of relatively high purchase price, especially for underserved consumers, this innovation thus comes at the cost of dramatically increasing the amount of working capital required by the solar home systems companies and raising banks’ perceptions of risk, leading to higher demands for collateral. All of this imposes significant constraints on the feasible rate of market development. 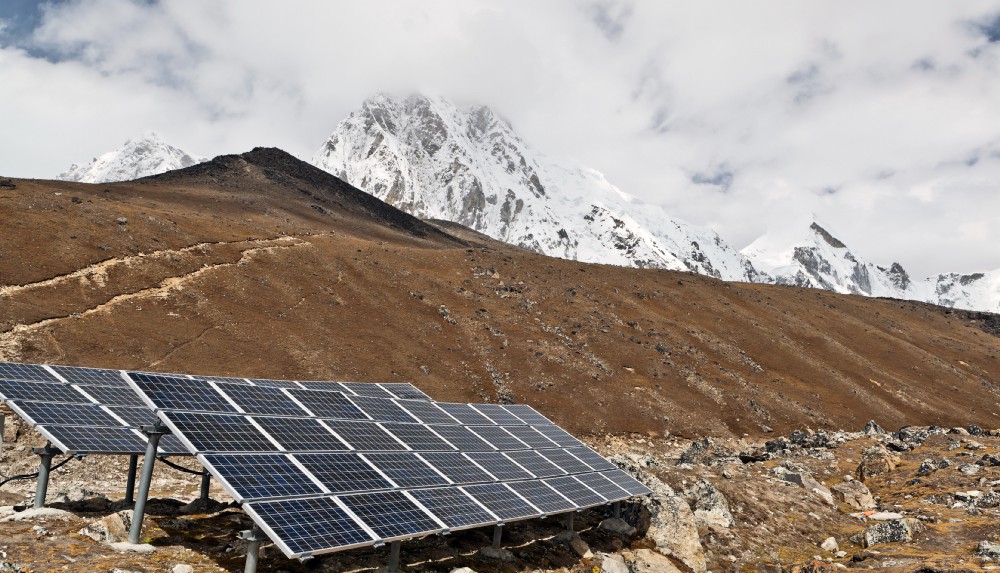 While it is important to look at market financial constraints on a country by country basis, there are still opportunities on a global scale that may resolve some of the expansion problems of PAYG finance for solar home systems.

Presently, banks provide credit to solar home systems companies on the basis of their individual financial standing, with relatively high requirements for collateral. One option would be a national credit insurance scheme for such companies that could assist banks to manage credit on a portfolio basis rather than the individual company level. Collateral requirements per company would be much lower, thus raising the credit exposure a bank is prepared to take. This would boost the development of PAYG solar home systems business, helping the market to expand more quickly and, hopefully, reducing the energy access gap.

Image credit: Photo by Russell Watkins/Department for International Development, CC BY 2.0, via Flickr